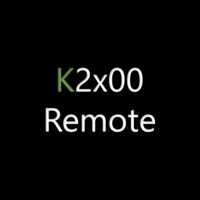 K2x00 Remote is a remote control application and plugin to replicate the screen of Kurzweil K-series instruments, including K2000, K2500, K2600, K2661 and KSP8. This software is under active development by Sjoerd W. Bijleveld and Godlike Productions

This software is currently in development and replicates the front panel of the K series instruments. This can be run from within your DAW as a VST or AU, or as standalone software.  All communications is over MIDI as Sysex.  Downloads are free.

At this stage we will do our best to support Intel Macs, M1 based OSX will need to wait.

Note that this may show up as Ctrlr, or Instigator in your plugins list (confirmed in Cakewalk).